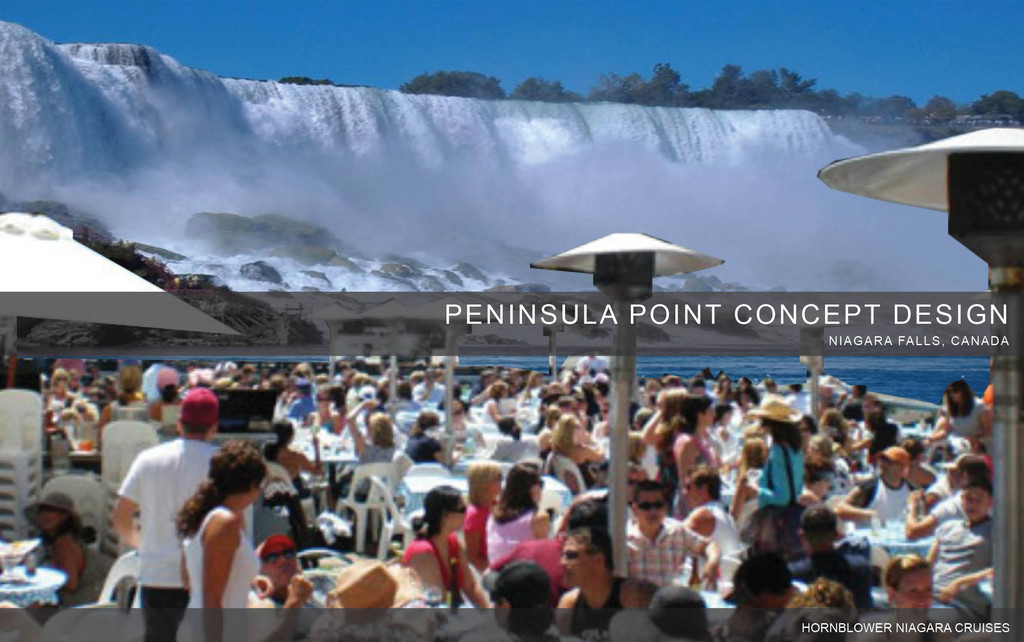 The Peninsula Point Concept project is a site design exercise for Hornblower Niagara Cruises who will be the operator of Maid of the Mist Cruises at Niagara Falls for the next 15-20 years. The client wanted some ideas about re-purposing the unused "peninsula" to have outdoor programs and activities in order to provide year-round amenities for visitors and nearby residents. The project timeline was relatively short because the client wanted something to propose to the Board of Directors and then if approved, would be presented to the parks district on the Canadian side of the park. The design proposal was to create a flexible outdoor seating pavilion with meandering pathways and lookout points to entice visitors to stay longer down on the lower peninsula and offer a multitude of outdoor activities throughout the year. This particular location has commanding views towards American Falls and Horseshoe Falls.

Existing Site Conditions and Analysis Diagrams [above]. Utilizing Google Earth, a birds-eye view and aerial site plan showing existing conditions was used as a base map to understand locations of the existing buildings, cruise boat dry dock and maintenance sheds, access roads and pathways, and the site area that will become Peninsula Point. The birds-eye diagram explains the view shed opportunities from Peninsula Point to American and Horseshoe Falls. Both images were inserted and formatted in InDesign where the site boundary (red dashed area) and view corridors toward the falls were created.

Site Plan Concept Options [above]. Two site plan concepts were generated using pencil outline and colored pencil for the trees and landscape areas. Both site plans were drawn over the Google aerial base plan to accurately locate the waterline of the Niagara River, the dry dock area, access road and the amenities building. Option 1 is a naturalized and meandering system of pathways with pockets of seating areas with rock seating that are re-used on site. The main pavilion area is aligned with the amenities building. Option 2 is a more modern and sweeping design with the pavilion area rotated 45 degrees for balanced views to American and Horseshoe Falls. Both options allocate an area for food trucks which was a requirement from the client.

Materials Diagram [above]. Using InDesign, both site plan options were scanned and used as a base with material zones to indicate decomposed granite pathways and stone plaza / asphalt areas. The bench symbols were created in Indesign in order to simplify moving them around during client reviews. Character images help show the design intent according to the site option that then convey.

The Pavilion Structure and Food Trucks [above]. Using the same base site plan, dashed areas created in InDesign focus on the Pavilion and Food Truck locations inside and adjoining Peninsula Point. By using the same site plan, there is no need to redraw. You just need to shift over the plan and reset the view window in InDesign which saves lots of time. Character images also helps to quickly convey ideas of the potential design vision to the client.

Photoshop Montage [above + below]. The client asked for a realistic "photoshopped" view of American Falls from Peninsula Point. The process above shows how the American Falls image was layered over an image of a lively and bustling outdoor restaurant. Both images had very similar natural lighting and hues, so all that was really done was a cut and paste. A study was done by putting a filter on the "Falls" layer by abstracting it. 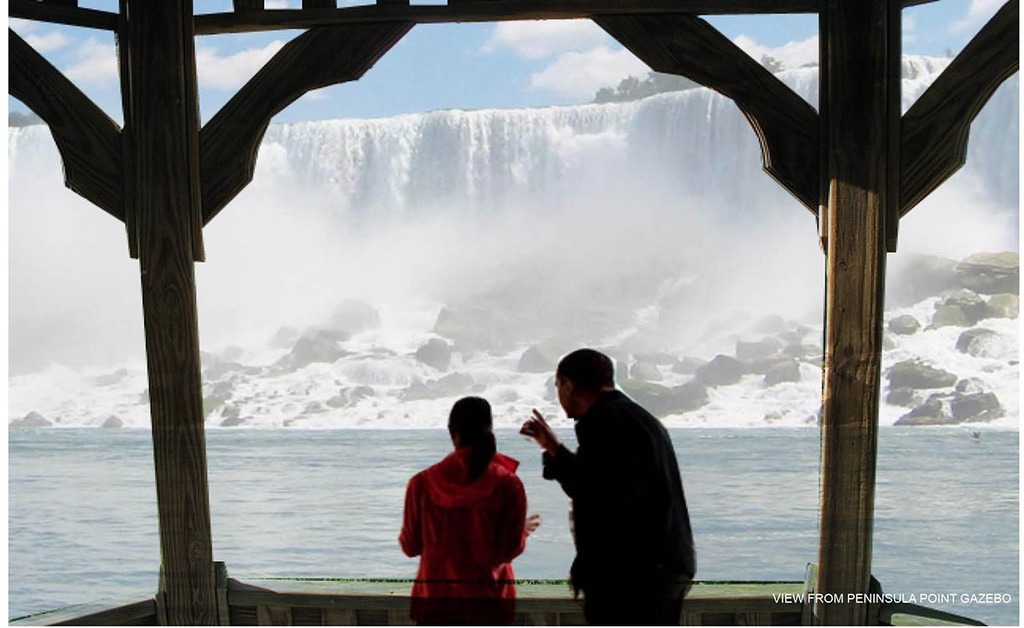 Photoshop Montage [above]. The "money shot" view was the Gazebo that will be built on top of a rock outcropping plateau that will have 180 degree views of the Niagara River. The Gazebo and Pavilion area would also accommodate weddings. 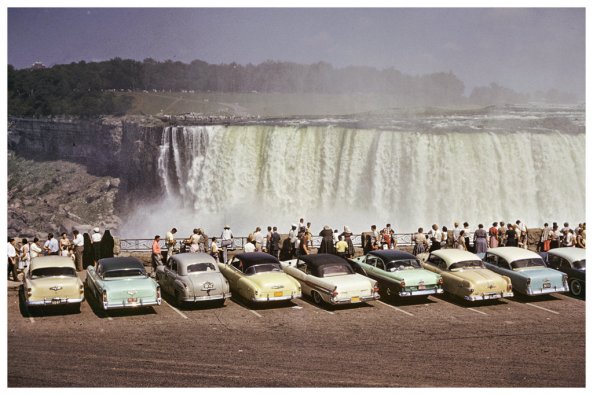 I hope you found this blog helpful and informational, and that it reveals some great opportunities to use this hybrid approach in your student and professional work.

If you have specific questions about any particular parts of this process, just send me a message and I would be happy to answer them.