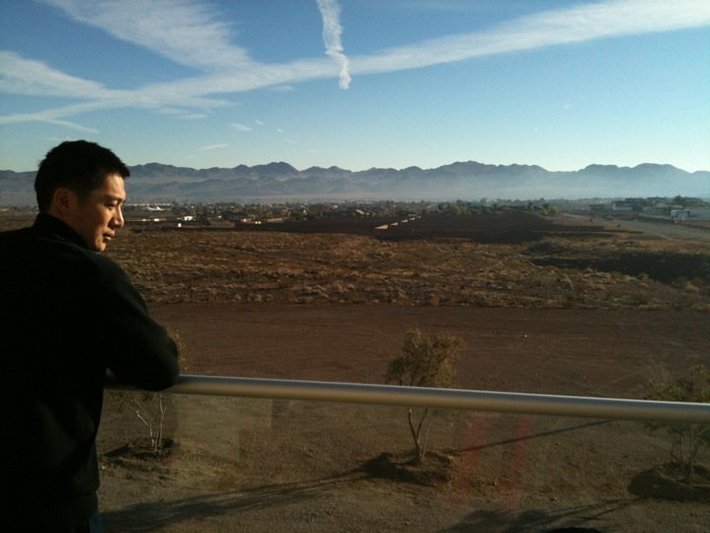 Have you taken the BeLoose Workshop?
Many times... many more times as a TA

Brian Lin is an Urban Planner and Urban Designer with 15 years of experience in Architecture, Urban Planning, Urban Design, and Landscape Architecture. He received his degree in Landscape Architecture at CalPoly San Luis Obispo, and has worked for Belt Collins in Hawaii, Sasaki Associates Inc., EDAW Inc./AECOM in San Francisco, and NBBJ. Brian is a senior urban planner and designer with SERA Architects in Portland and Silicon Valley, California. He has been involved on a myriad of high-profile projects, including a new mega hotel/casino development in Macao, China and the Olympic Forest Park District and Grand Axis for the 2008 Beijing Olympics, a campus master plan for Microsoft, a new corporate campus for Samsung in South Korea, and most recently the completed Li-Ka Shing Learning and Knowledge Center at Stanford's School of Medicine.

Brian has taught numerous teaching engagements for the BeLoose Graphic Workshop at universities, AIA, ASLA, and private firms with great acclaim. His commitment and dedication to teaching and the empowerment he gives to participants has helped the BeLoose Graphic Workshop become one of the most sought-after graphic and design workshops in the world. He very active with the American Institute of Architects, American Society of Landscape Architects and American Society of Architectural Illustrators.

Turning Day Into Night in Less than Two Hours

Doodles at Google - The creativity behind today's most popular logo

I am Mrs. Sheila Terrault, an aging widow suffering from long time illness (Esophageal Cancer). I have some important information (charity proposal) for you, May God continue to bless you, Please reply (sheilaterrault@gmail.com) for more details.

your sister in the Lord,
Mrs. Sheila.

Ira Wiberlye said…
Brian, thank you I enjoy seeing your work. You have inspired me to love expressing my self thru my drawings and keeping an edge on technology.

Hey, can you do a post and update this week to show "how to" draw with a broken finger?